Today we are going to take a swipe at the old Tecno L7 device and the newly launched Tecno L8 smartphone from Tecno Mobile.
Tecno L7 is one of Tecno great devices, but today, not many are aware that Tecno now have a new device in Tecno L8, which is supposedly to be seen as the elder brother to Tecno L7.
Contrary to what some of you that have gotten a sniff into the features of the new Tecno L8 device might be thinking as regards to outshining its younger sibling, we want to clearly state that Tecno L7 still give the Tecno L8 a run of its life and can easily put one in serious state of bewilderment when both devices are in pari-passu and you are asked to pick one. 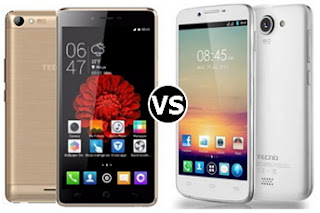 We are going to be using this time to spell out the major differences in specs between Tecno L7 and Tecno L8.
Must Read: Tecno Boom J8 VS Infinix Note 2
Without further ado here the core differences between Tecno L7 and Tecno L8
·     The first noticeable difference is in their screen sizes; the Tecno L7 is a 5.0inches display device whereas Tecno L8 is 5.5inches display
·     Secondly is that Tecno L7 spots a 2GB RAM where Tecno L8 features 1GB RAM
·     Another difference can be seen in their back and front cameras; while Tecno L7 features 13MP and 5MP rear and selfie shooter, L8 on the other hand came with 8MP and 2MP back and front camera
·     There is also a variation in their processor model; Tecno L7 came with 1.3GHz quad core MT6582  and Mali-400MP2 GPU whereas that of Tecno L8 is 1.3GHz quad core MT6735 and Mali-T720 GPU
·     Again, owning to the aging Tecno L7, it spots android 4.4 Kit-Kat OS while Tecno L8 spots HiOS in android 5.1 Lollipop
·    Last core major difference is in their battery capacity; Tecno L7 packs a 3050mAh Li-ion battery while Tecno L8 on the other hand came with a whopping 5050mAh battery.
Those are  the major differences that you need to know about Tecno L7 and Tecno L8

Thank you for reading this article about Tecno L7 VS Tecno L8. If you want to duplicate this article you are expected to include links https://downloadyourapk.blogspot.com/2016/04/tecno-l7-vs-tecno-l8.html. Thank you for your attention. 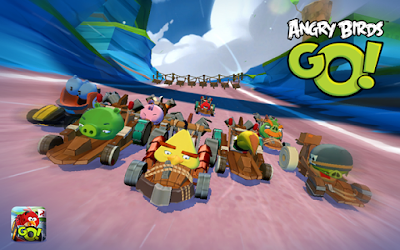